Bitcoin is growing in popularity and more people are using it every day. In this blog post, we will explore the possibilities of having bitcoin savings and compare them to the traditional cash savings.

Even if you’re a traditionalist when it comes to saving physical cash, you might be on track to using a digital version of a piggy bank in the not too distant future. In fact, it is highly probable that most of your money is already digital.

We have to acknowledge that the world of finance is getting increasingly digitized, with more than 90% of world money existing purely in digital form.

With that in mind, a shift in perspective about digital currencies (and their acceptance) is already in motion.

Let’s say that you want to save 200 euros every month. The simplest option is to simply put it or leave it in your regular bank account.

Another option is to deposit the money to a savings account. Here you have to understand that your money is then essentially being lent out to other people. When you deposit money into a bank, they have an obligation to pay you that money back.

But if you have a savings account, then they promise to pay you back plus interest, meaning that they have to somehow earn that money themselves. The banks do this by loaning your money out to others at much higher rates and earning a profit.

So if everyone wanted to withdraw their money at once, the banks wouldn’t have enough money to do so. This is called a bank run and it generally doesn’t end well.

Also, bear in mind that the buying power of your savings is going to get eaten away by inflation by about 1-3% per year. In simplified terms, this means that 100 euros today will buy 97 euros worth of goods one year from now. And every time the government prints more paper money, the currency gets devalued.

Bitcoin is not affected by this as it has a fixed supply of coins, so it is more likely to hold value. In that sense, decentralization via blockchain is one of bitcoin’s most important characteristics, and it means that no single institution — like a central bank — can control the Bitcoin network.

So is putting your money into bitcoin a good idea? Surely it is an outrageous thought, right? Especially given the very high volatility. For example, one year ago, the price was roughly the same as it is now — around 5,500 euros (6,400 USD) per bitcoin — but it shot up towards 17,000 EUR (20k USD) in late 2017 and it had a very bumpy ride afterward. But the volatility is actually getting lower (the price is stabilizing). 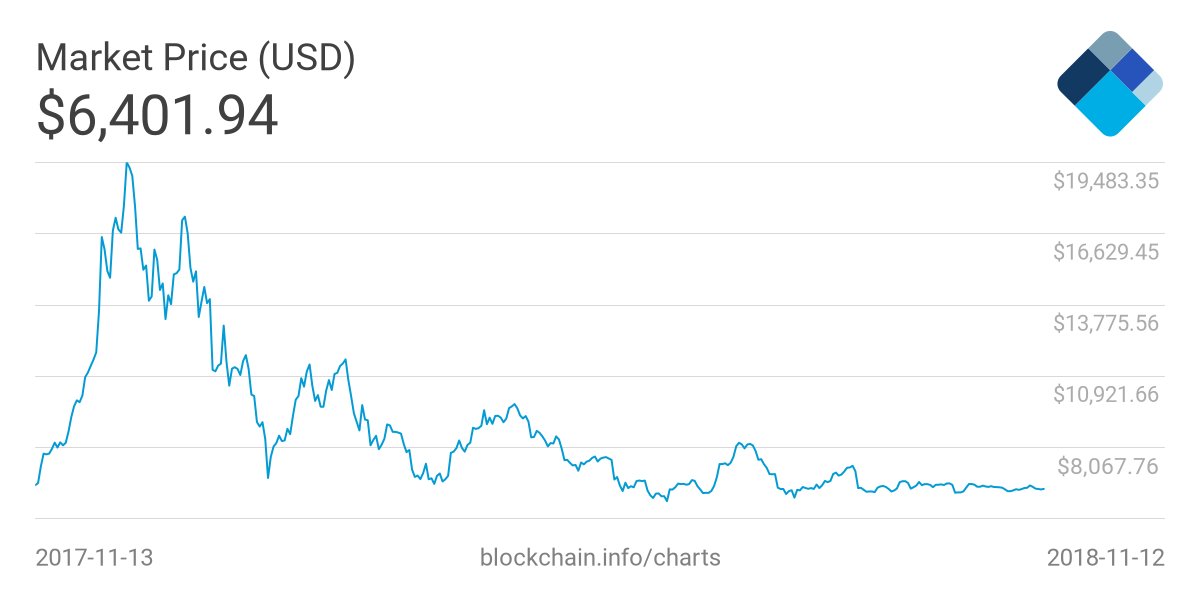 In fact, bitcoin is slowly becoming just as trustworthy as any national currency, you just have to take great care with operating your digital wallet. You can be your own bank and use a private wallet, but in many ways, this is similar to saving your cash in a sock.

Platforms like Kriptomat offer a service that can be seen as a personal bank account where you safely store your cryptocurrencies instead of regular money. You can store your funds for long periods of time and the growth of your account value would occur naturally as a result of supply and demand.

So if you bought bitcoin one year ago, the value of your savings would be virtually the same (or higher) and you would still be in control of your funds, whereas with traditional banks, you would not.

It is certainly not advisable to convert all your savings into bitcoin. But as people continue to accept it as valid currency, its credibility will grow, and the volatility should come down even further. As such, Bitcoin can most certainly be used as a valid method of savings.

This may take some time, but like any new system of exchange, faith in it must be built gradually. When paper money was introduced, people didn’t trust it immediately, and the same can be said for digital currencies.