Arm Yourself: How To Spot 4 Different Bitcoin Scams and Avoid Falling for Them

Crypto scams are every investor’s worst nightmare. Get to know the warning signs.

Falling victim to a bitcoin scam can lead to many things – humiliation, anger, frustration, and, most importantly, financial loss. The good news is that, if you take the time to educate yourself on the manner in which scammers operate and learn how to spot any suspicious signs, you can avoid these unscrupulous predators quite easily.

As the world’s most well-known cryptocurrency, bitcoin is the logical entry-point for many newcomers to the crypto arena. We’re all familiar with tales of early adopters and savvy traders making phenomenal profits, and the currency’s history of extreme ups and downs has cemented its reputation as having the potential to generate fabulous profits.

But like with every other area of human financial endeavour, where there are novice users there are scammers ready to take advantage of their lack of experience and, unfortunately in some cases, greed.

In this article, we will show you how bitcoin can be stolen, give you some tips on how to spot a scammer, and guide you through the most common types of crypto scams. Along the way, we will also teach you which warning signs to look for, and give you some advice on how to safely trade crypto in a manner that ensures you never fall into the sinister traps set by those wanting to get their greasy fingers on your hard-earned cash.

Why and how can my bitcoin get stolen?

The fact that crypto can be stolen is often baffling to newcomers. Isn’t the whole point of it how secure the system is? My account is stored in a ledger that can’t be accessed because it is locked by unbreakable cryptography. And it can’t be lost because the ledger is distributed, which means that even if a few servers burn down and some computers are lost, there are still many places with a copy of my unhackable account.

To further increase security, Bitcoin and the other cryptocurrencies don’t even identify me by my name, but by a massive string of numbers, so my identity can’t be stolen and used to access my money. To make any changes in my account someone would need access to my private key. And this isn’t the type of password that can be ‘password123’ or ‘myfirstnameandbirthday’. No, it’s another long number that’s part of a proven-unbreakable cryptography scheme. If you want to know more about bitcoin itself and how it works, our comprehensive guide will give you all the info you need. 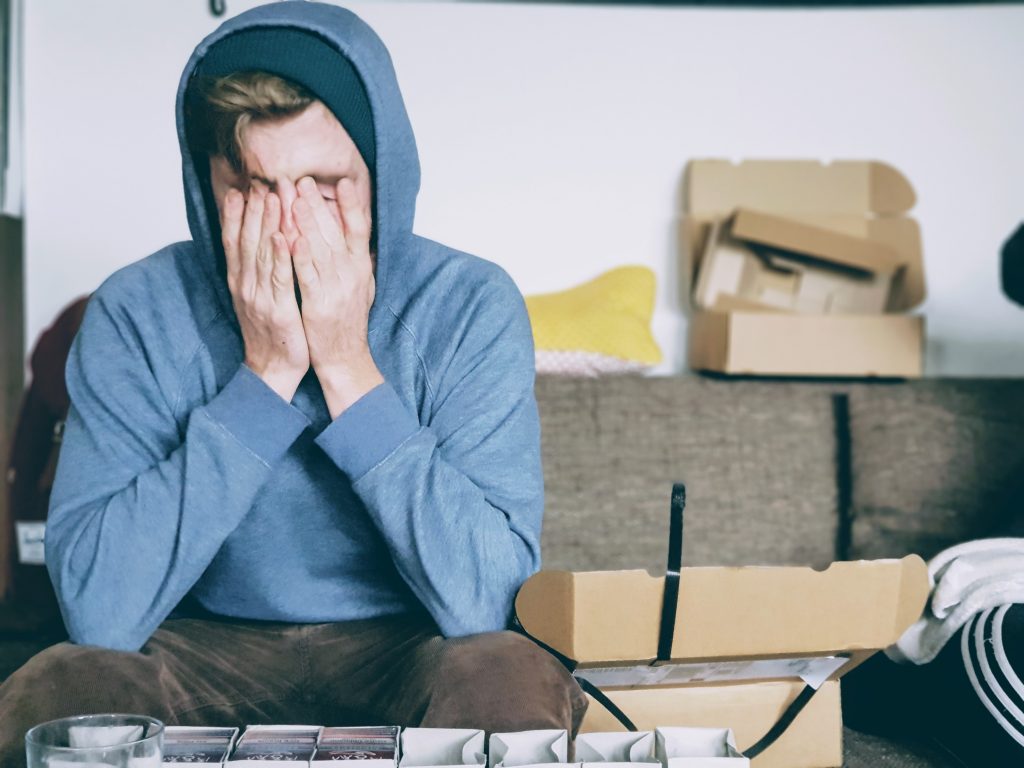 The problem, as with most things, doesn’t lie with the technology but rather with the people who use it. The parts of the cryptosystem that are commonly claimed to be unbreakable really are just that. This is why most scams rely on YOU either willingly or unknowingly handing over your passwords, or even depositing your bitcoin straight to the scammer’s wallet.

Crypto scams might seem sophisticated and technologically advanced, but once you scratch the surface you’ll find the same snake oil schemes or sleight of hand that has been the scammer’s weapon of choice since Ug sold his fellow caveman Og a necklace guaranteed to repel saber-toothed tiger attacks. Here’s how this is done.

The four most common bitcoin scams

On July 15, 2020, hackers managed to take over around 130 high-profile Twitter accounts, including those of famous celebrities like Elon Musk, Barack Obama, Bill Gates, Kim Kardashian, and Kanye West. Having taken over the administration of the accounts they launched what at first appears to be a sophisticated confidence scam.

They urged followers to send bitcoin to a specific crypto account, pledging that they would double all contributions and donate the money to charity, often as part of a Covid-19 relief fund. While the hack was quickly noticed, the scammers still received around 400 contributions to the value of $121,000. They were subsequently arrested and charged, but the instance showed just how easy it is to fool people, even when appealing to their better nature rather than their greed.

The method of this scam is a common one on social media, especially Twitter and Youtube. Typically, the scams involve fake accounts posing as high-profile Twitter users like Musk and claiming that they are undertaking a giveaway. They ask followers to send cryptocurrency to a digital address to prove their intent and promise that they will receive a bigger amount in return. Once the money is sent, it is nearly impossible for the victims to recover their funds. The scammers usually move the currency on quickly through several exchanges and just like that, your money is gone.

How to avoid this social media scam

At the risk of sounding a bit too brutal and harsh, this one is rather simple: Don’t be an idiot. When you stop to think about it, why would someone like Barack Obama or Elon Musk either give you money for free or use this system to donate to charity? The same goes for any claim that whatever you send will be sent back double.

The world simply doesn’t work that way. If you’re feeling charitable, donate to a local registered charity, and if you’re feeling greedy, maybe crypto trading isn’t a good idea in the first place.

Only those with a photographic memory can remember the lengthy and complex private keys that are created to protect their currency, so most people need somewhere to store these safely. Enter the hardware wallet, which is a device like a USB stick where your passkeys are stored. Of course, this device is only as secure as the password protecting it, which is where the scammers have found their trojan horse. 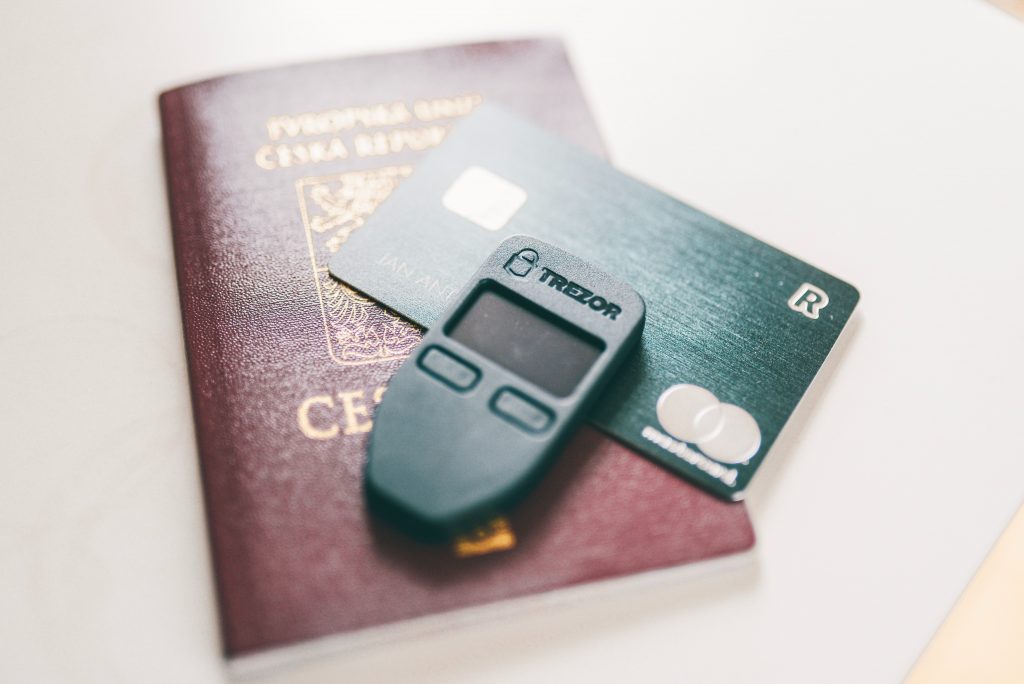 The most common scam involves a middle-man reseller who makes sure that the wallet is pre-configured with a seed phrase, which is supposed to be your security key for your wallet. Once you use the wallet, fraudsters will also gain access to it and just like that, your bitcoin is gone. So why would anyone buy a wallet from a reseller? Well, they’re often cheaper and delivered much faster than the ones from legitimate sources. They also manage to fake listings on sites like eBay and Amazon to create the appearance of legitimacy.

How to avoid this hardware wallet scam

Always buy a hardware wallet directly from a trusted manufacturer rather than from a middleman or listing site. For an extra layer of security, you should also change the access pin or passcode before adding any crypto to the wallet.

As crypto became more mainstream we saw a proliferation of exchanges and brokers. With this increased competition for user fees, some of the more shady operations have started luring users with huge discounts and sign-up bonuses that are quite tempting to new users who don’t know how to spot the fact that these are too good to be true. Once these crypto scammers have your money you often find yourself subjected to the kind of fees that make generating a profit impossible or learn that withdrawing your money is a never-ending cycle of frustration and failure. Even worse, some of them will simply disappear with your cash.

How to avoid this scam

Make sure you choose a regulated platform with a solid track record and plenty of actual user reviews that are publicly available on a third-party website like Trustpilot. Signing up for your chosen exchange should never be too easy. They should follow all Anti-Money Laundering and Know Your Customer protocols. If they don’t require some serious proof of identity and other security checks, your money is not safe.

This is a classic and beautifully simple scheme that preys on people’s greed. The scammer sets up an exchange or brokerage that promises to use insider knowledge and specialized trading skills to give you fantastic profits. You might feel it’s dubious, but can’t resist the temptation to at least test it out, so you make a small deposit, nothing you can’t afford to write off. Lo and behold, your profits are paid out just as promised.

You can already see yourself sipping cocktails on a yacht so you go all in, depositing a large amount and eagerly awaiting your payout, which never happens. The crypto scammer has used other, newer victims’ initial deposits to create the illusion of legitimacy. They will usually ride this wave of new eager investors until it becomes impossible to attract more, then simply abscond with the money.

How to avoid this ponzi scam

Don’t. Be. Greedy. Crypto trading has no magic formula that only a few people know. Yes, some traders manage magnificent returns utilizing good knowledge and smart timing, but no one can consistently deliver something like a 30% ROI every month. If something seems too good to be true, you can bet your life that it is. Scammers stole a whopping $4.3 billion worth of digital money in 2019, of which 92% was siphoned off using Ponzi schemes. Use only trusted, regulated brokers or exchanges and do the trading yourself. It’s much more fun that way and when you make a profit you actually get a sense of achievement.

How do I recover from a bitcoin scam?

The bad news is that, in most cases, you don’t. Scammers usually have a plan to move your stolen currency very quickly and hide all traces of it as they do so. Proving a scam is also quite difficult in many cases, and if it’s on a small enough scale, the police and financial authorities won’t really be interested in pursuing the scammer. In a way, it may be better to fall prey to a massive scam than a personal one. 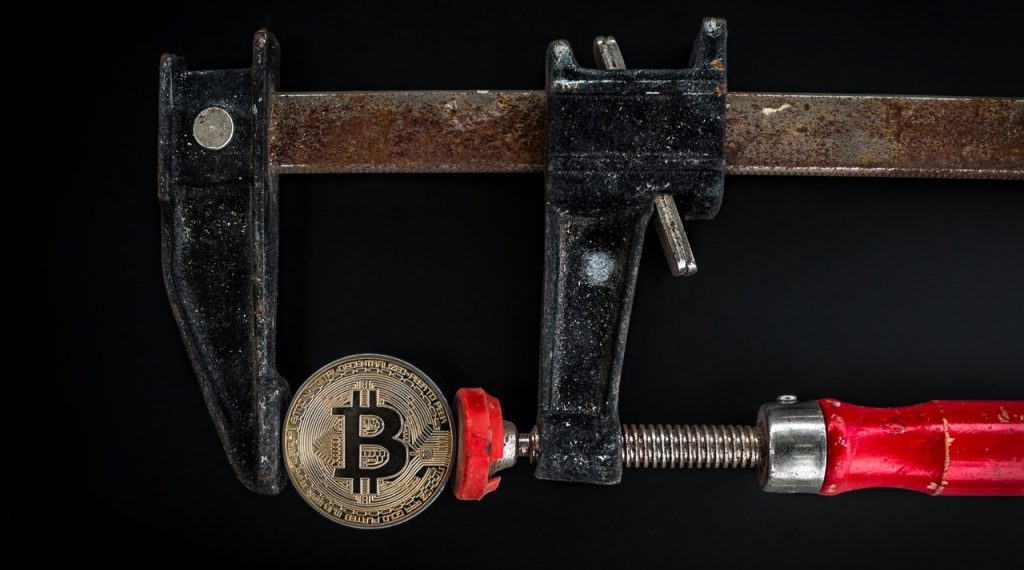 But when it comes right down to it, prevention is far, far better than cure. Our advice is simple.

As with any investment, crypto carries the risk of losing some or all of your principle. Never invest more than you can afford to lose and test the waters before committing too much. As you gain experience you’ll start being able to spot trends and make the right transactions to make a profit. Research and read as much information as you can lay your hands on.

For those who want to take a more conservative approach, we’d advise sticking to the more established coins like Bitcoin, at least in the beginning. While you will still experience fluctuations in value, both good and bad, its history and widespread adoption have brought more stability than you’ll find with many of the newer currencies. It’s also easier to use in the ‘real world’ meaning you can purchase goods and services effortlessly. In a similar vein, using a trusted and secure crypto exchange like Kriptomat safeguards you from many of the scams and risks that are out there.

As the old saying goes – there’s no such thing as a free lunch. So no, Barack Obama does not want to send you bitcoin once you’ve sent him some. And no, that trader with the website without a business address or contact info will not get you a 30% return on your investment every month. The crypto exchange you use every day is also not going to change their URL from a .io to a .ru or .ke without notifying their users extensively and months before the time. They will also never ask for your password via email or SMS.

Trading crypto and managing your portfolio should be enjoyable and rewarding as long as you steer clear of the scammers.

If you haven’t done so already, register a Kriptomat account and get started.