What Is Bitcoin – Everything You Need to Know

Bitcoin is world’s first decentralized digital currency (cryptocurrency). It is an entirely digital asset and not controlled by any central authority (like a bank).

In order to partake in the next chat about bitcoin, let’s see how bitcoins are made, how they work and who “invented” Bitcoin!

How Bitcoins Are Made

Where do Bitcoins (and other cryptocurrencies) actually come from? When it comes to regular (fiat) money, the Central bank or government usually decides to print and distribute money. The most obvious result of this is inflation.

Most cryptocurrencies are different because they don’t have a central government. Bitcoin and other cryptocurrencies depend on crypto miners to keep the system (the blockchain) going. They use modern computer hardware (mostly graphics cards and special dedicated hardware) to solve complex math problems. These are created by a cryptographic hash function that takes data of arbitrary size to a bit string of a fixed size and is designed to be infeasible to invert.

You can watch the following video to get a better understanding of these basics.

The incentive to mine comes from the built-in reward system. Every time a miner finds a solution to one of these math problems and adds a block to the blockchain, they are rewarded with bitcoin. The reward is 12.5 BTC at the moment, but it is slowly decreasing. The last bitcoin is expected to be mined by the year 2140.

Most cryptocurrencies have a maximum number of coins that will ever be created. In the case of bitcoin, that number is 21.000.000. 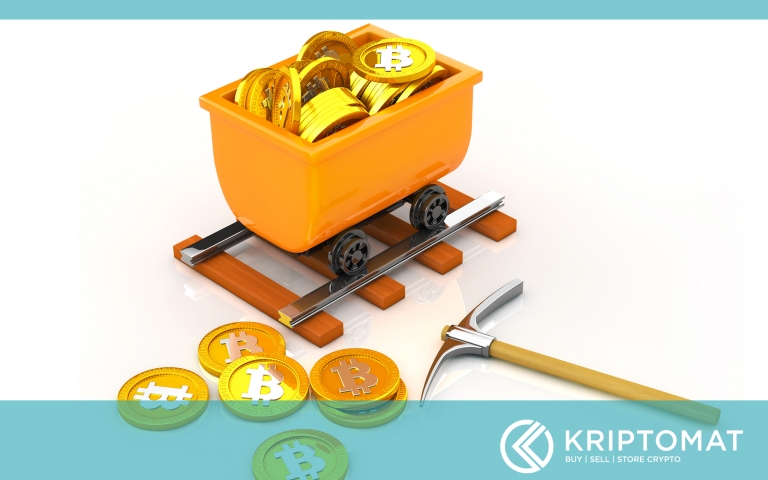 The miners effectively take care of network security by solving and approving the transactions.

What exactly does Bitcoin mean for the world? Check out our blog post: Bitcoin value and what it means for us?

In October 2008, a person or a group of people under a pseudonym Satoshi Nakamoto published a paper which described the bitcoin digital currency. It was titled “Bitcoin: A Peer-to-Peer Electronic Cash System“.

In January 2009, Nakamoto released the first bitcoin software that launched the network and the bitcoin cryptocurrency. Nakamoto left the project in 2010 without revealing his or their identity, but the foundation was set.

The bitcoin community grew fast. Nobody ever had full control over bitcoin. Every change made in the bitcoin protocol is public and visible to everyone. All users have the same power and are equally informed.

From the user experience point of view, bitcoin is basically the internet version of cash money.

How Does Bitcoin Work?

Every transaction that happens on the bitcoin network is recorded to the blockchain. It is a public ledger or a public collection of financial accounts. Think of it as a transactions book. As mentioned before, it is being maintained and secured by the public itself (miners), so thousands of people all over the world have “a copy” of this very same ledger. There are no secrets, everything is transparent.

In the crypto-world, money is transferred from address to address.

As most questions about privacy, it can get a bit complicated with bitcoin as well. Some people might think about security issues at this point.

Imagine somebody decides to change the word “cat” in their dictionary at home. They can change the definition in a few other dictionaries, but people all over the world would still have thousands if not millions of dictionaries with the correct definition – so any minor local change wouldn’t have a noticeable impact at all.

You can’t make changes like that worldwide. And this “dictionary” in our case is the blockchain, which is being worked on, updated and secured by the miners.

Buying Bitcoin – How to Start?

The first step is to get familiarized with cryptocurrency exchanges like Kriptomat and the individual values of cryptocurrencies. It would also be wise to educate ourselves a bit about cryptocurrency trading and what we expect from it in the first place. Are we looking at a long-term investment, or do we expect unrealistic profits overnight? How much are we prepared to invest and where will we buy?

The golden rule is to never invest more than you are willing to lose.

Don’t worry, you don’t have to buy one whole bitcoin. That is a common misconception from newcomers. The smallest unit of bitcoin is unofficially called satoshi, which is one hundred millionth of a bitcoin (0.00000001 BTC).

If you are interested in purchasing bitcoin, you can use Kriptomat. A regulated and licensed platform which is fast, safe and easy to use.

Why Is Bitcoin So Popular?

One of the reasons for its popularity is probably ideological, philosophical and political. Many people around the world are dissatisfied with their government, so bitcoin represents a way out of the shackles of the system. The so-called crypto-anarchists strive to break free and create their own world while some people are in it just to get rich.

In this world of cryptocurrency, bitcoin acts like a gold standard. The value of other cryptocurrencies is being measured against bitcoin itself, so it has a big impact on the entire market.

Where Can I Pay With Bitcoin?

You can buy goods and services all over the planet. Food, cars, electronics, plane tickets and much more!