Crypto market maker Elon Musk is at it again.

The exuberant billionaire’s support of Bitcoin coincided with the market rally that led to record prices across the crypto world last spring. A tweet expressing concern over the environmental impact of Bitcoin mining happened at about the same time the coin’s price plummeted.

It’s all part of the outsized influence celebrities wield over the crypto market through casual posts on social media.

Last March, Musk announced that his enthusiasm for Dogecoin had led him to adopt a Shiba Inu puppy of his own. Dogecoin prices soared. When Musk disclosed that his dog would be named Floki, it took only days for meme coin makers to launch the Floki Inu coin.

Now Musk has tweeted a photo of the puppy. 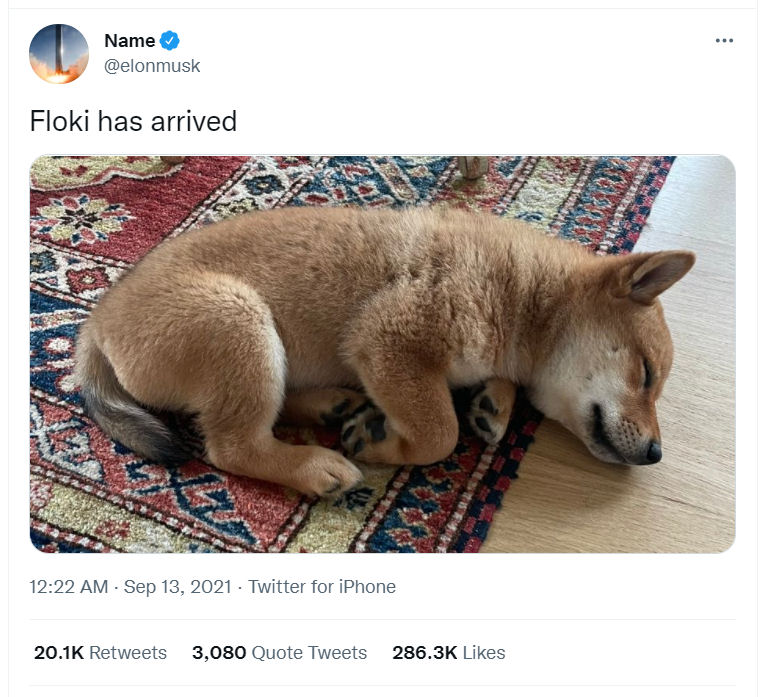 The price of the meme coin quickly doubled.

The effects of the photo proved to be short-lived. Floki Inu’s price dropped within a day to about five percent higher than the figure before Musk’s tweet.

It’s a fun story and Musk’s puppy is undeniably cute, but there’s a serious point to be made about the influence of social media influencers over crypto prices. Celebrity tweets are wildcards that disrupt the ordinary laws of supply and demand, creating dramatic short-term volatility in a field that was plenty volatile, to begin with.