Here Is A Selection of Top 5 Crypto Gaming Coins 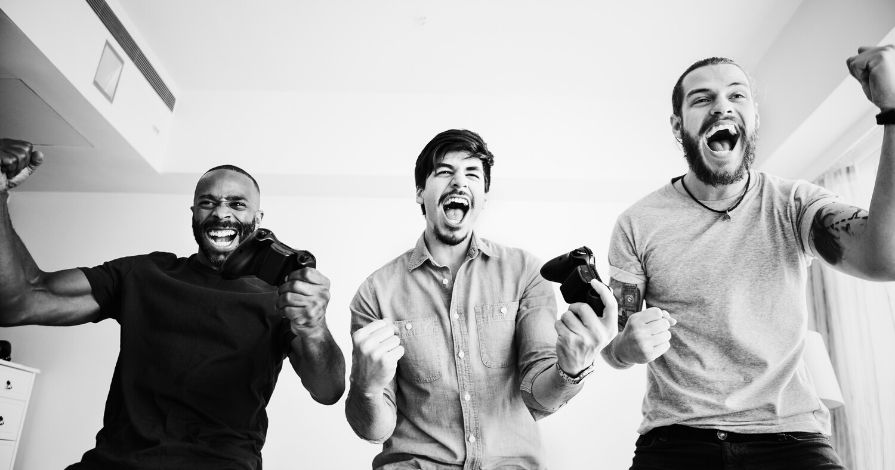 We have done a ton of research to identify the blockchain-based gaming currencies that we believe to be the top 5 gaming coins. We used criteria that are normally used by the gaming community when it comes to the ranking of game development projects.

Criteria such as user-friendliness, gameplay mechanics, the network effect and more. You can, after all, have the best technology in the world, but if only a few people know about it and use it, you will be pretty hard-pressed to succeed.

Why the need to rank the top 5 gaming coins?

Gaming is giving humans the opportunity to tell interactive stories that scale across borders. It gives us a chance to let go, to explore vast, endless possibilities and worlds, far beyond what comes prepackaged as “reality”. Gaming provides us with the flexibility to become anyone or anything we would like to be.

If it’s Pacman or Marbles, we all have that inner kid in us. Combine this with the power of blockchain technology and it should be easy to understand why blockchain gaming coins are making in-roads into a growing, multi-billion dollar industry.

Enjin is going above and beyond to propel the gaming space into an exciting, new frontier. They are accomplishing this with the help of the ERC-1155 token standard – an Ethereum token standard that is used in conjunction with Enjin Coin (ticker symbol: ENJ). This blockchain-based gaming coin is purchased by developers and minted into blockchain gaming items, which means gamers receive $ENJ from purchasing gaming items and receiving them from games, without having to purchase them from cryptocurrency exchanges.

In addition, it seems that a growing number of game developers are attracted by Enjin’s well-developed arsenal of development tools that for one make it easy for developers to create tokens and integrate them into games and platforms (e.g. Microsoft’s Azure Heroes Collection). There is also the recently launched Enjin Marketplace that makes it possible to securely trade ERC-1155 digital assets – assets that are all backed by ENJ tokens.

TRON (ticker symbol: TRX) token is the native token of one of the largest blockchain-based operating systems in the world – a blockchain that aims to ultimately provide a decentralized Internet, free of censorship. The Tron blockchain (or network) already provides great scalability and dev friendly tools within a strong ecosystem of applications.

In addition, the Tron blockchain can already handle up to 2000 transactions per second at an extremely low cost. This makes it a highly sought after crypto coin that is used in the development of various decentralized applications (dApps), including gaming dApps.

WAX (Ticker symbol: WAXP) token is the native token of the WAX platform, short for “Worldwide Asset eXchange” – a blockchain-based exchange that makes the buying and selling of virtual items possible on a global scale.

WAX has a lot to offer, including a portal with tools that can be used by developers for one build dApps on the WAX blockchain – the only blockchain that is compatible with the EOS blockchain (or network). WAX also offers an NFT creator that makes it possible to create non-fungible tokens fast and easily.

The WAX blockchain is said to make use of the Delegated Proof of Stake (DPoS) as a consensus mechanism. This makes near-instant transaction speeds possible. Something that is hugely positive, helping to make WAX one of the top gaming currencies today.

Furthermore, they also offer ExpressTrade, a turnkey peer-to-peer trading and transfer system used by millions of gamers – something that is hugely positively when it comes to WAX and the network effect.

Loom Network (ticker symbol: LOOM) token is the native token of a highly scalable, blockchain-based network with multi-chain integrations. This makes it possible for developers to integrate assets across all major blockchains, including the Bitcoin, Ethereum, Binance and Tron blockchains. This means a dev only has to build a decentralized application (dApp) once in order to release it on multiple blockchains or platforms at the same time.

The Loom Network is perfect when it comes to the development of high-performance dApps that require the user experience to be smooth and fast.

E.g. the Loom Network makes it possible for dApps to onboard new users without them having to download crypto wallet software first. In addition, low cost, fast transactions are possible via this network, making it ideal for gaming applications of blockchain tech.

It is difficult to establish where exactly the Loom Network stands in terms of the network effect, but it seems that at least a few blockchain-related games are being built on the network. Overall one gets the sense that superior blockchain tech is offered here, but that the network effect still needs to kick into a higher gear. Does this make LOOM one of the top gaming currencies to start supporting today?

MANA is a crypto coin used in Decentraland, a constantly growing blockchain-powered virtual world built on the Ethereum blockchain. This virtual world founded in 2017 can be explored and used to socialize with other users. It also offers an easy-to-use Decentraland builder, which offers a selection of hundreds of 3D items that can be used to build or create almost anything in this virtual world.

The first batch of these land parcels were sold via public auction. Interestingly, the land parcel that fetched the highest price during the first Decentraland auction sold for 582,090 MANA (more or less $18,000 at the time of writing).