Far beyond just ‘digital cash’, the use for cryptocurrency is blossoming into hundreds of areas related to ‘assets’ of any kind. From property ownership, to company shares, or unique pieces of digital art. Grasping the concept of ‘Non-Fungible Tokens’ is vital for cryptocurrency mastery, as detailed in this guide.

“Digital Assets” is an umbrella term encompassing cryptocurrencies, stablecoins (commodity-backed currencies) and tokens that represent a diverse range of commodities and non-monetary assets.

Alternative crypto assets can represent items in online video games (known as virtual assets) and digital collectibles that often have cash value in the real world and can be traded on cryptocurrency exchange platforms and peer-to-peer (P2P) marketplaces.

The best known example of digital collectibles is CryptoKitties, a blockchain-based game enabling users to “breed” their own cats. Amazingly, a single CryptoKitty sold for approximately $170,000 in 2018.

How can virtual assets such as digital art be valued at tens of thousands of dollars? How will virtual assets be used in the future? Is there opportunity for speculation?

In this guide, we’ll take a closer look at:

How Blockchain Helps To Securitize Assets 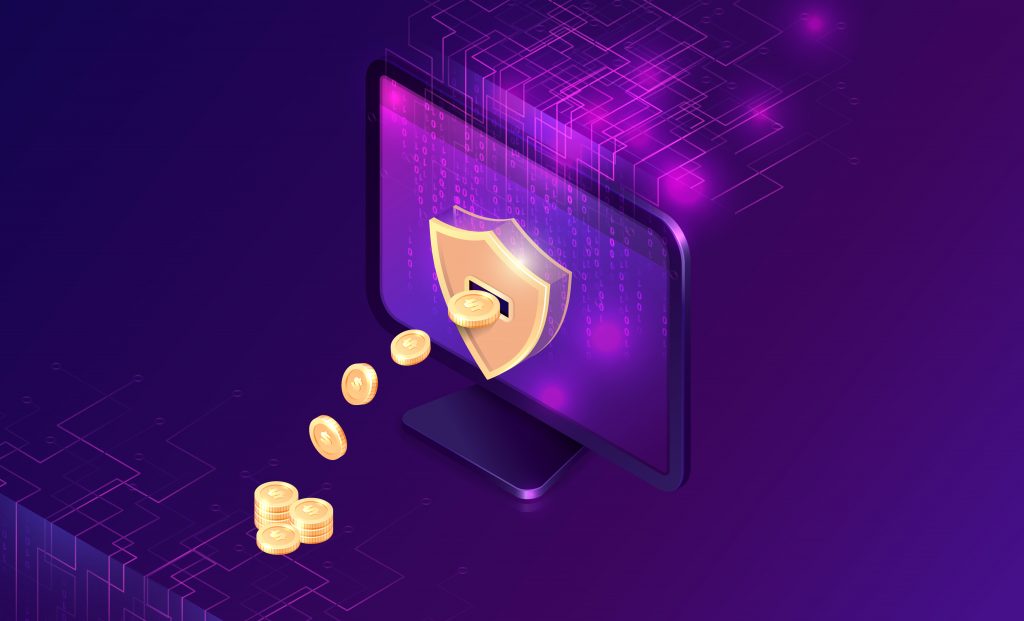 One of the biggest breakthroughs to come from distributed ledger technology is with asset securitisation.

What this means, in essence, is that these assets can be represented on-chain, resulting in superior security, transparency and speed of settlement compared to legacy systems.

This feat is achieved through the distribution of data and transaction execution across multiple computers (known as nodes) that participate in the network. Blockchain employs highly complex cryptography to securely store, transmit and process such information, particularly related to asset ownership.

Coded and recorded on distributed ledgers, smart contracts produce a programmatic outcome when certain agreed-upon conditions are met. In doing so, they eliminate the need for a central authority and the reams of written text necessitated by the drafting of traditional paper contracts.

Some smart contracts enable the transaction of tokens that provide equity of some form, or a claim on a company’s assets. The equity-holder’s rights and legal responsibilities are embedded directly into the token, alongside a tamper-proof record of ownership.

This technology gives greater transparency, enabling parties to know who they are dealing with, the rules governing transferability, and to learn more about the token’s history.

The benefits flow in the direction of the token-issuing organization, too: by tokenizing equity, startups can significantly increase liquidity for their investors.

Crypto-assets representing equity shares are becoming more and more common, particularly as institutional and retail entities get to grips with blockchain technology and gain an appreciation of its benefits.

Equity tokens can include:

The Rise Of Tokenized Real Estate

Tokenized real estate has gathered considerable interest in recent years. Real estate equity tokens represent fractional ownership of a physical property. Thus, a token could represent a square metre of floor space or a percentage of the property’s market value.

There are many examples of tokenized property projects. In 2019, French asset manager Mata Capital partnered with Ethereum-based platform Codefi Assets to tokenize over $350 million worth of real estate. In the United States, a fintech startup named Reino has launched an investment platform covering a $237 million property portfolio. Interestingly, the platform also lets users take out instant loans up to $50m, backed by tokenized real estate.

Some real estate tokens, such as those at the center of a partnership between Dubai-based venture capital firm ASA and blockchain investment firm IBC Group Ltd, even give holders dividends from the proceeds of vacation rentals.

The fractionalization of real estate, with blockchain technology registering ownership and tracking trades, offers an intriguing use case for digital assets beyond crypto-as-money. It is likely that we’ll see more interest and investment in this area in the years to come.

What Are Non-Fungible Tokens (NFTs)?

A non-fungible token is a type of cryptographic token that utilizes smart contracts to represent an entirely unique asset. While cryptocurrencies such as bitcoins are, like dollar bills, interchangeable, NFTs contain distinct identifying information – no two are identical. NFTs are also indivisible, meaning they do not have component parts that can be used as currency.

Fungible tokens, on the other hand, are created in such a way that each individual token (or fraction therefore) is equivalent to the next.

Decentralized applications (dApps) represent the primary use case for non-fungible tokens at this time. dApps – decentralized games, essentially – enable the creation and ownership of digital items and collectibles such as the expensive kittens we mentioned earlier. NFTs can be utilized and traded in-game, and also transacted on the secondary market.

Interestingly, some NFTs represent property – albeit in a digital sense. One popular dApp, Decentraland, has tokenized parcels of land, meaning gamers can purchase NFTs that represent plots within the Ethereum-based online world. Players can even “build” on their plots and create businesses that generate revenue, with all kinds of digital goods up for sale. At the time of writing, Decentraland has witnessed over $37 million in volume, with weekly trading volume exceeding $60m. Over 110,000 transactions have been made.

Axie Infinity is another popular dApp whose game assets exist as tokens, known as Axies. Axies are “fierce creatures that love to battle, build, and hunt for treasure.” The objective of the game is to accrue a fighting collection and use them to wage war with other players. There is also a financial incentive to playing the game well, since effort and skill can yield a return on the initial “stake” (you must buy three Axies to take part).

The Enjin project enables clients to create blockchain assets such as NFTs without coding, and to integrate them using tools they are already familiar with. Today, the project’s native token – Enjin Coin (ENJ) – powers over a billion digital assets. As well as helping its clients create blockchain-based games and monetize their virtual worlds, Enjin owns a marketplace where users can discover, buy, and sell NFTs.

Ethereum is the current blockchain of choice for dApps, though rival platforms such as TRON, EOS and Klaytn also feature a range of dApps that use NFTs.

NFTs In The World Of Art

Gaming is not the only arena for NFTs. Digital art has also provided a notable use case for non-fungible tokens, with some works selling at auction for over $100,000. Even major auction houses like Christie’s are involving themselves in the sale of digital art.

What does it mean to buy “digital art,” though? And where do the NFTs come into play? As we’ve established, NFTs are blockchain-based tokens that confer ownership rights and are entirely unique. With respect to artwork, NFTs provide utility by vesting the collector’s rights of ownership over the piece in question.

The tokenization of digital artwork also ensures that the original can be traced back and confirmed; screenshots can never be mistaken for the genuine article. According to data tracking site nonfungible.com, over 650 digital art sales have been conducted to date, with volume exceeding $400,000.

The most popular venue for creating and selling rare digital art is SuperRare, a smart contract platform built on Ethereum. Self-described as “Instagram meets Christie’s,” SuperRare specializes in single-edition digital artworks from creators throughout the world.

The potential for NFT use is virtually limitless, and numerous projects have emerged to monetize various assets using this technology.

Terra Virtua is a digital collectible platform that allows users to collect various virtual merchandise, including 3D “characters” from popular TV shows and films. In this fashion, they tie together the worlds of collectible NFTs and merchandising. In 2020, for example, the platform created several non-fungible tokens based on officially licensed content from The Godfather film trilogy.

Due to their unique characteristics and borderless nature, NFTs could represent a potential avenue for the licensing industry to generate revenue. Instead of buying a paper poster, for example, a fan could buy an immersive 3D poster represented by a token stored in their digital wallet. These are avenues the movie, music and sports industries are likely to explore.

Indeed, the Socios platform already assists some of the world’s largest football clubs in the creation of fan tokens, which give holders access to rewards, merchandise and exclusive experiences. In the U.S., both the MLB and NBA have issued similar NFTs in the form of digital avatars of players.

The Ethereum Name Service (ENS), meanwhile, is an extensible naming system whose goals dovetail with those of DNS, the Internet’s Domain Name Service. ENS lets users obtain ownership of domains such as .eth. Because the ENS .eth registrar is a non-fungible token contract, registrations for such domains can be transferred in the same fashion as other NFTs.

Whether used as a store of value, unit of account, or medium of exchange, digital assets clearly have a great deal of utility, with cryptocurrency representing but one popular use case. It’s amazing to think how far the industry has come since the Bitcoin whitepaper was published in 2008.

And yet, in the grand scheme of things, it is still early days. There are many industries and companies that have yet to explore the potential of blockchain technology within their own verticals. It might only take a few major players to do so before competitors take notice and follow suit.

We can see this in the finance world: PayPal resisted entering the cryptocurrency business for several years before finally announcing support in 2020, following traditional payment firms such as Visa and Mastercard. The domino effect in action.

Cryptocurrencies and NFTs are used on a daily basis by tens of millions of people, with over 55 million blockchain wallets currently in use. It will be interesting to see how tokenization evolves in industries such as real estate, gaming, gambling and others in the decades to come. We’re still early.